Nova Scotia is a province in eastern Canada. It is the most populous of Canada’s three Maritime Provinces and four Atlantic provinces of Canada. It is the country’s second- most densely populated province and second-smallest province by area, both after neighboring Prince Edward Island. Nova Scotia offers a quality of life that allowing its residents to keep everything in perspective: work, family, relaxation and responsibility. Nova Scotia is surrounded by the natural beauty of the rolling sea, lush green forests, lakes and farmland. All of this, combined with its growing cities and low cost of living, makes Nova Scotia one of the most enjoyable places to live in Canada. The people of Nova Scotia are friendly, welcoming and live in safe communities. Their healthcare system puts people first, based on need and not financial status. The Government of Nova Scotia provides free schooling from kindergarten to the end of secondary school. Province’s post-secondary education facilities offer a full range of programs through its 11 universities and 13 professional colleges.

Nova Scotia has a very diverse economy that includes key industries in the services, manufacturing and mining sectors. It has also a highly developed forestry sector as well as a highly specialized commercial agriculture sector. The mining sector is dominated by coal production. The province of Nova Scotia has recently begun to benefit from the extensive exploration of offshore oil and gas has been undertaken in the past decade.

Nova Scotia has a modified continental climate that is greatly influenced by the proximity of the sea. The Atlantic coastal regions experience the warmest winter and coolest summer temperatures.

Nova Scotia is a small Canadian province located in the Maritimes region of the country.

Candidates who meet the criteria of one of nine different streams listed below can be nominated for Nova Scotia immigration.

Nova Scotia uses the federal government's Express Entry immigration selection system in order to select candidates for Nova Scotia Demand: Express Entry. This stream, which came into effect on January1, 2015, is for highly-skilled individuals with a post-secondary education and qualifications that will help them successfully settle in Nova Scotia.

The candidate has an arranged job offer from a Nova Scotia-based employer.

Nova Scotia uses the federal government's Express Entry immigration selection system in order to select candidates for this stream, which provides a pathway to permanent residence for highly skilled applicants who have worked for a Nova Scotia employer for at least one year.

Nova Scotia Experience: Express Entry provides a pathway to permanent residence for highly skilled applicants who have worked for a Nova Scotia employer for at least one year.

Candidates must also be eligible to enter the federal Express Entry pool through one of the three federal economic immigration programs:

If required, candidates may have to attend an in-person interview in Nova Scotia. Candidates will be notified if such an interview is required.

The Nova Scotia Labour Market Priorities Stream allows the province to select Express Entry candidates who meet specified labour market needs. The skilled occupations specified under this dynamic stream can change with each invitation round.

This unique stream is flexible and the specified occupations and criteria may vary from draw to draw, depending on Nova Scotia's labour market and social needs.

Candidates interested in applying under this stream must have a valid federal Express Entry profile under one of the three federal economic immigration programs:

The Nova Scotia Labour Market Priorities for Physician stream selects Express Entry candidates who have an approved job offer as either a general practitioner and family physician (NOC 3112) or a specialist physician (NOC 3111).

The Nova Scotia Labour Market Priorities Stream for Physicians provides a pathway to Canadian permanent residence for general practitioners, family physicians and specialist physicians who are in the Express Entry pool.

Candidates must have an approved offer from the Nova Scotia Health Authority or the Izaak Walton Killam (IWK) Health Centre in Halifax, among other criteria, and they must receive a Letter of Interest from the Nova Scotia Office of Immigration in order to apply. This program pulls candidate profiles from the federal Express Entry pool under one of two federal economic immigration programs:

The Skilled Worker stream helps Nova Scotia employers recruit and hire foreign workers and international graduates whose skills are in limited supply in the province.

The Nova Scotia Nominee Program (NSNP) Skilled Worker Stream provides a Canadian immigration pathway to foreign nationals with the required skills for positions that the province has not been able to fill with a permanent resident or Canadian citizen. The Skilled Worker Stream is not an Express Entry-linked Stream, which means foreign nationals can apply for Canadian permanent residence even if they are not eligible to enter the federal Express Entry pool.

The Nova Scotia Office of Immigration (NSOI) does not provide a specific occupation or skills shortage list for the Skilled Worker Stream. However, the NSOI utilizes the National Occupational Classification (NOC) to distinguish between three occupation types: Skilled Workers, Semi-skilled, and Low-skilled Workers.

This category is for individuals with experience in an occupation classified as NOC level 0, A or B, also known as skilled occupations. Priority is given to these highly skilled applicants.

This category is for workers whose occupations are classified as NOC level C. Applications in this category will only be considered if all eligibility criteria are met and the applicant has worked for at least six months with a Nova Scotia employer that is supporting his or her application for permanent residence.

This category is for individuals whose occupations are classified as NOC level D. Applications in this category will only be considered if all eligibility criteria are met and the applicant has worked for at least six months with a Nova Scotia employer that is supporting his or her application for permanent residence. There must be a strong sense of support from an employer, such as contribution to the immigration fees, accommodation/housing, language training, and career training plans.

The Nova Scotia Occupation in Demand Stream is designed to target specific NOC Skill Level C related jobs that are in high demand in the province of Nova Scotia.

Nova Scotia’s Occupation in Demand Stream is a three-year pilot for candidates with an eligible job offer in a targeted intermediate-skilled occupation.

Introduced in May 2019, the Occupation in Demand Stream is used to nominate workers in occupations “in high labour demand” in Nova Scotia for Canadian permanent residence.

Occupations targeted through the stream are subject to change as labour market needs in the province evolve.

The stream is currently open to eligible candidates with a full-time permanent job offer from a Nova Scotia employer in the following two occupations, both of which are considered Skill Level C under Canada’s National Occupational Classification (NOC):

The International Graduate Entrepreneur Stream is open to graduates who have completed at least two years of full-time study from a recognized Nova Scotia university or Nova Scotia Community College, have operated their own business in Nova Scotia for at least one year, and intend to settle permanently in Nova Scotia.

This Nova Scotia Nominee Program (NSNP) stream functions on an Expression of Interest (EOI) system whereby candidates submit an EOI and are then awarded points based on a number of criteria. The highest ranked candidates are invited to apply to the program by the NSNP. The IGE Stream targets international graduates who intend to reside permanently in the province while owning and actively managing a Nova Scotia business.

Internationally-trained doctors and specialists with the necessary skills to fill healthcare positions in Nova Scotia may be eligible to apply for permanent residence in Nova Scotia under the Physician Stream.

The Physician Stream allows the NSHA and the IWK Health Centre to recruit foreign physicians to fill positions that they have been unable to fill with a permanent resident or Canadian citizen.

The AIPP is an immigration pilot program, introduced in 2017. It allows eligible skilled workers, intermediate level workers, and international graduates to become permanent residents of Canada and immigrate to one of the Atlantic provinces, namely Nova Scotia, New Brunswick, Prince Edward Island, and Newfoundland and Labrador.

All programs under the AIPP are employer-driven, meaning that applicants require a job offer in order to satisfy the criteria. As such, local employers play a big role in the process.

There is no Labour Market Impact Assessment process under the AIPP. However, employers must still follow a few steps in order to hire through this program.

Under the AIPP, employers also work with settlement service provider organizations in their province. This will help newcomers settle and integrate in Canada.

Nova Scotia is one of four Atlantic provinces working in partnership with the Government of Canada to recruit foreign workers to fill jobs in Atlantic Canada that have not been filled locally. Foreign nationals interested in participating in the Atlantic Immigration Pilot Program may be residing abroad or on temporary status in Canada at the time of applying.

All applicants to the pilot must have a job offer from a designated employer that meets the requirements of the program.

You may contact our experts at Fasttrack to Success as earliest, call on +91 99 78 48 46 76 or you can connect us on contact@fasttracktosuccess.in. You may fill the Inquiry form.

Manitoba held its first PNP draw of this year 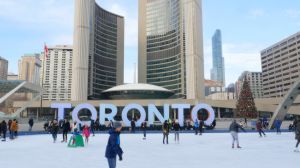 Saskatchewan held its first draw of the year