Manitoba is a Canadian province bounded to the north by Nunavut territory, to the northeast by Hudson Bay, to the east by Ontario, to the south by the U.S. states of Minnesota and North Dakota, and to the west by Saskatchewan More than two-fifths of the province’s land area is forested. It is Canada’s fifth top most populated province. Manitoba’s capital and largest city is Winnipeg, Here, house prices are lowest among the Canada with a low of cost of living.

The province offers free public healthcare and education so your children can have a brighter future. Manitoba is a land of safe cities, clean air and a huge variety of cultures and languages (over 200 languages spoken across the province). It is rich in local attractions and also offers many employment opportunities and entertainment options to its residents. It has over 80 provincial parks for visitors of all ages to enjoy the great outdoors.

Because most of eastern central Manitoba is so fertile, the agricultural sector is blooming in the province. Manitoba has more than 250 companies dedicated to food industries ranging from crop to equipment production. The province has another major industry and that is the construction industry.

Manitoba has a moderately dry climate with very hot summers and very cold winters. It is far from the moderating influences of mountain ranges or large bodies of water, so experience good weather with pleasant average temperatures between June to August. The coldest season is in the months of November, December and January to March.

Because the province is always on the lookout for talented and skilled workers, it accepts over 15,000 immigrants each year.

Due to the increasing need for these talented workers, the province was the first to introduce the Provincial Nominee Programs (PNPs), which can allow you to become a permanent resident of the province.

Under the Manitoba Provincial Nominee Program, graduates, skilled workers and entrepreneurs can immigrate to Manitoba if they have the right skills and experience.

The Skilled Worker categories operate through an 'Expression of Interest' system, whereby eligible candidates complete a series of questions online and are not required to upload supporting documentation before submitting their profile into the EOI pool. Profiles will be placed in the pool with other eligible candidates and you will receive a score based on the answers you provide. The MPNP will then rank you using several factors and if you are among the highest-scoring candidates, you may be invited to submit an application to the MPNP. There are no limits on the number of candidates who can submit an Expression of Interest and no deadline.

There are currently two streams to Manitoba as a skilled worker, both of which operate under the MPNP Expression of Interest System.

Applications are accepted from qualified temporary foreign workers and international student graduates who are currently working in Manitoba and have been offered a permanent, full-time job with their Manitoba employer. Unlike the other connections to Manitoba in the MPNP, Skilled Workers in Manitoba are not subject to a points-based assessment.

The Manitoba Skilled Worker Overseas Stream uses a points-based system to assess candidates, who may be outside of Canada. Applications are accepted from qualified skilled workers who can demonstrate a strong connection to the province through family or friends (Manitoba Support), past education or employment (Manitoba Experience), or by invitation of the MPNP (Manitoba Invitation), and who score a minimum of 60 points according to five eligibility factors mentioned below:

Express Entry is the leading pathway for economic class immigrants to obtain permanent residence in Canada.

Those who choose the Express Entry route are given a Comprehensive Ranking System (CRS) score that assesses their human capital factors such as age, work experience, education, and official language proficiency. The highest-scoring candidates are invited to apply for permanent residence in regular Express Entry draws. They must also submit a separate Expression of Interest to the MPNP.

In order to be invited for a provincial nomination from Manitoba through both the Skilled Worker in Manitoba and Skilled Worker Overseas categories, candidates need to register an Expression of Interest (EOI) with the MPNP.

An EOI is an online profile that is ranked out of a score of 1,000. Points are awarded for a candidate’s education, work experience, connections to Manitoba and proficiency in English or French, among other factors.

A set number of the highest-scoring candidates receive an LAA (Letters of Advice to Apply), allowing them to apply for a provincial nomination for Canadian permanent residence from Manitoba.

You may contact our experts at Fasttrack to Success as earliest, call on +91 99 78 48 46 76 or you can connect us on contact@fasttracktosuccess.in. You may fill the Inquiry form. 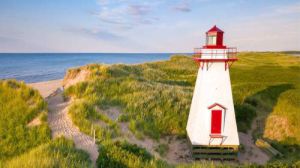 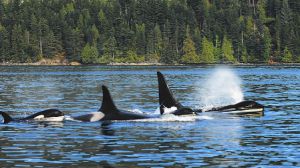 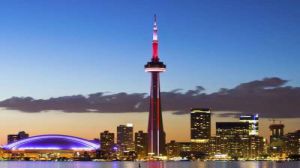 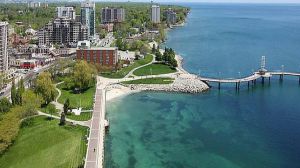