PNPs (Provincial Nominee Programs) as the name suggest are the immigration programs, which allow the different provinces across Canada to select the immigrants, appropriate for its labor market and economy. The candidate who wishes to migrate and settled down in a specific province of Canada can apply in the respective PNP programs.

Every provincial selects a province based on its own needs, criteria and parameters and hence each province has different set of requirements as well. The Quebec Province is not enrolled in PNP programs as it has its own selection criteria and system to select immigrants for its region. Each province has a contract with IRCC (Immigration Citizenship Refugee Canada) that permits them to choose permanent residents for their own province.

What are the key benefits of applying to a PNP program for Canada immigration?

The PNP programs are different from the main stream Federal Immigration Programs of Canada. Depending on the PNP programs, you get many relaxations as an applicant, i.e.

If you apply in any of the PNP and get selected, you receive a nomination from that particular province, which makes you eligible to apply for PR in Canada.

How to apply in a PNP (Provincial Nominee Program)

There are two basic pathways to apply for a PNP program of a particular province in Canada:

On receipt of the application, IRCC usually does the formalities, i.e. verification of the medical and character certifications of a candidate

·        Apply via Express Entry System: If you register on Express Entry and make it to the Express entry pool, your profile can be viewed and selected by the different provinces or territories of Canada. If your profile is picked by any of the province, you will get invitation to get in touch with the province to be considered for their program. If you are invited in such a way by a province, you become eligible to get and online ITA for permanent residency visa, based on the nomination / invitation from the province.

Well, this is the most common question raised in every candidate’s mind and frequently asked by even parents also at time of discussion. Express entry system is largest and most popular immigration system of Canada. It assesses the profile of the applicants based on their total points scored based on age, education, work experience, language skills, etc. Criteria, if your point score is high enough you will get invitation to apply Canada PR from IRCC.

However, if your CRS is low, you can apply in any of the provincial nominee program for Canada. Many PNPs accept the applicant even with low CRS score. Canadian provinces also invite the applicants from express entry pool, under Express Entry Stream of their PNP, based on CRS score and eligibility.

What is Express Entry stream of a PNP?

The express entry stream of a PNP is the stream aligned with federal express entry system. Under this stream a Canadian province are allowed to select the candidates from express entry pool and notify them to apply in their provincial nominee program.

If an applicant applies and get selected, he / she becomes eligible to get the provincial nomination and subsequently receives 600 additional CRS points in federal express entry system. The 600 CRS points ensures the ITAs for Canada PR form IRCC in the subsequent draw of Federal Express Entry System.

Which is best Provincial Nominee Program to get Canada PR

CLB Vs IELTS Comparison table below.

If you want to apply for the Provincial Nominee Program you may coordinate with Fasttrack to success migration agent as we are specialized in Student-visa and immigration.

You may contact our experts at Fasttrack to Success as earliest, call on +91 99 78 48 46 76 or you can connect us on contact@fasttracktosuccess.in. You may fill theInquiry form.

Canada held FSW only draw for 1st time in the history 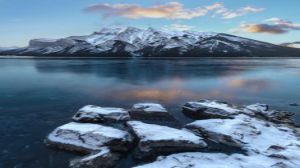 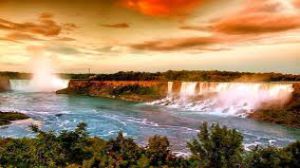